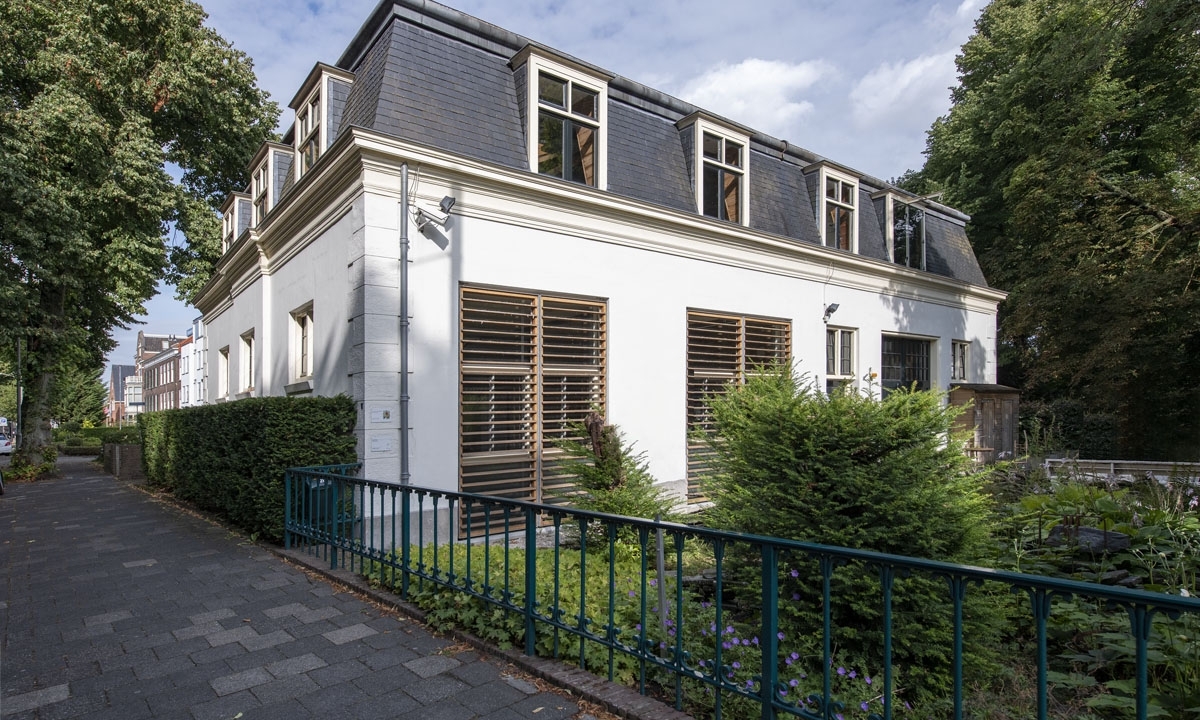 From 1 September 2019 we will be back at the Westeinde. Again at a very special and monumental location. Our new work address is Westeinde 26a, a few hundred meters from the Voorburg train station. The new workplace is on the top floor of the carriage house from 1869 from Landgoed Middenburg. 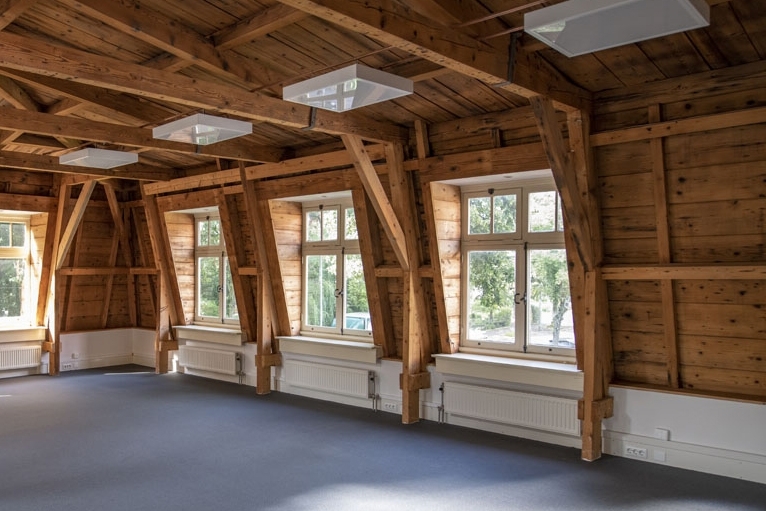 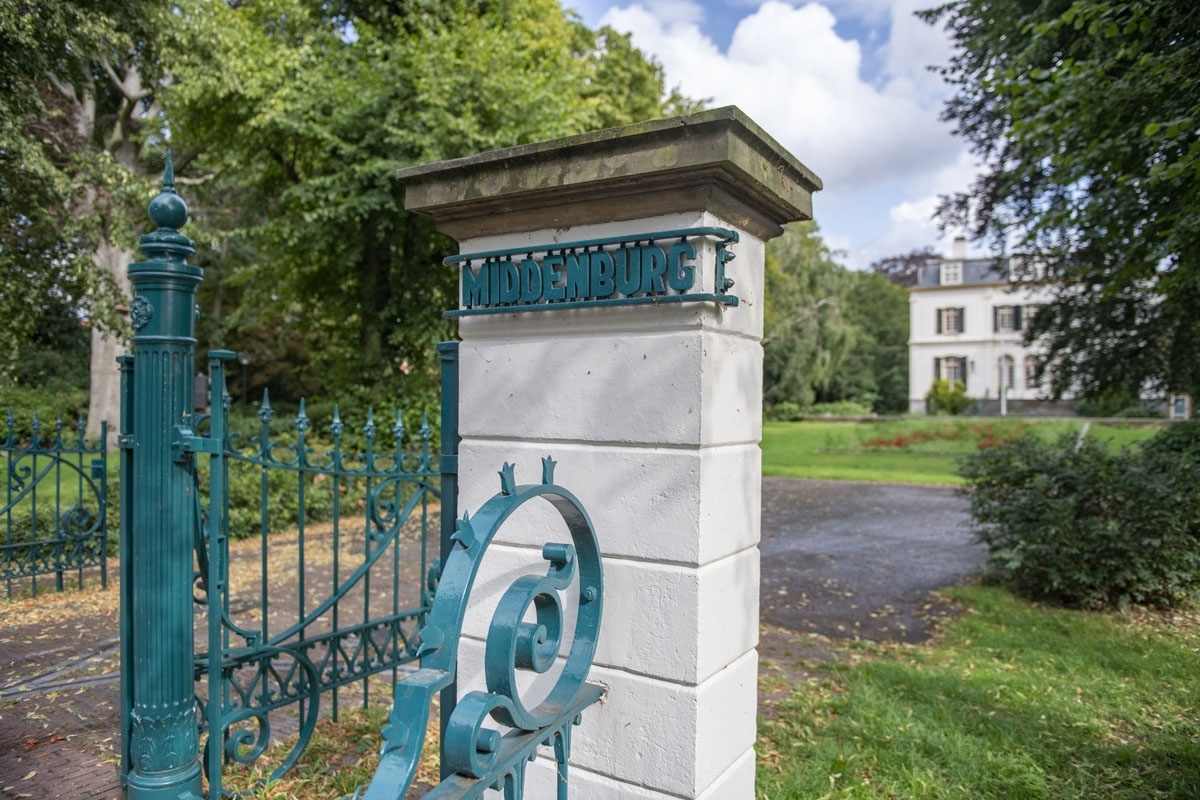 Information about the Middenburg Estate:

House Middenburg, just like Vreugd en Rust, lies in the middle of the park, hidden behind the trees and the groves of rhododendrons from the Vlietkant. The oldest version of the house was built in 1655 by Johan van der Dussen. According to an old drawing, the house consisted of two wings parallel to the Vliet with in the middle a high triangular tower with a pyramid-shaped roof. Furthermore, according to old descriptions, Middenburg had a "pleasant playhouse on the Vliet", a garden, an orchard, warmoesland, a pond that drained into the Vliet, a gardener's house and a stable for six horses. In a later act, the view from the tea dome over the Vliet is praised with the description: "distant Speelhuys over the water". The pond was called, after the fish that swam in it, also called a "golden fishbowl".

There was a ditch on the east side over which the out-site owner had free passage. I see that the ditch has now been filled in. Perhaps the small harbor next to Bijdorp is still a small remainder. Middenburg soon developed into a true pleasure garden with shaved hedges, leifruit trees, grape greenhouses, and 'foreign' crops with among other things laurel, pineapple plants, orange trees, and pomegranate trees.

At the Vliet there were two benches next to the playhouse, presumably a variant of the view of Hofwijck. That the owner also participated in the latest fashion was evident from the Turkish tent that was placed in the forest of Middenburg according to a deed from 1760. Such a Turkish tent was a folly, a garden oddity, in which the owner and his guests could talk, eat and drink, sheltered from the sun or the rain. Cornelis Haga, a seventeenth-century resident of the Voorburg country estate Vrijburg, had laid the foundation for that interest in the near east. He had negotiated various trade benefits for the Dutch with the Turkish sultan and became the first Dutch ambassador to Constantinople. In January 1869 Middenburg came into the hands of a new owner: Felix Andries Vriese. He had the old country house demolished and replaced by a completely new one. A memorial stone reminds that "This stone was laid by Lady M.A.M. Vriese born Schiff on the 8th May 1869 ".

The new house on the Vliet side, just like the demolished building, had a bay window in the middle in the shape of a triangular tower. This time without a tower roof, but still a nice reference to a polygonal tea dome. As usual, demolition materials were offered for sale in 1869, which could still be reused. The Dagblad van Zuidholland and The Hague of November 22, 1869 gave an impressive list with usual items such as window frames, blinds, sunshades, marble floor tiles, white tiles, and blue roof tiles. But special items were also auctioned, such as an "oak Staircase with Balustres" and a "Mahony buffet". The advertisement emphasized, as is often the case, the advantage of the location on the Vliet with the addition: "Everything can be transported very easily to water."

In 1917 a conservatory was built on either side of the tower so that the tower became somewhat enclosed. From 1934, when it came into the hands of the municipality of Voorburg, the new building received various destinations such as retirement home, family pension, lyceum and the Public Works Department.

In 1940 there were plans to demolish the house and make room for a new hospital to be built. The outbreak of the Second World War meant a postponement of these plans and the rescue of Middenburg House. The hospital was eventually built further next to Huize Heeswijk. Middenburg is currently in private hands again. Slowly I see that the old goldfish bowl has long been replaced by a beautiful pendulum pond on the Vlietside. A little further on is the long lane with linden trees, right across the Vliet. It is a remnant of an old lindenberceau, based on a design by landscape architect Poortman, under which the residents used to be able to walk in a wonderfully sheltered way, without the pale face of the posh ladies being threatened by sun rays. Suntanned skin was the hallmark of farmworkers and therefore far from chic. 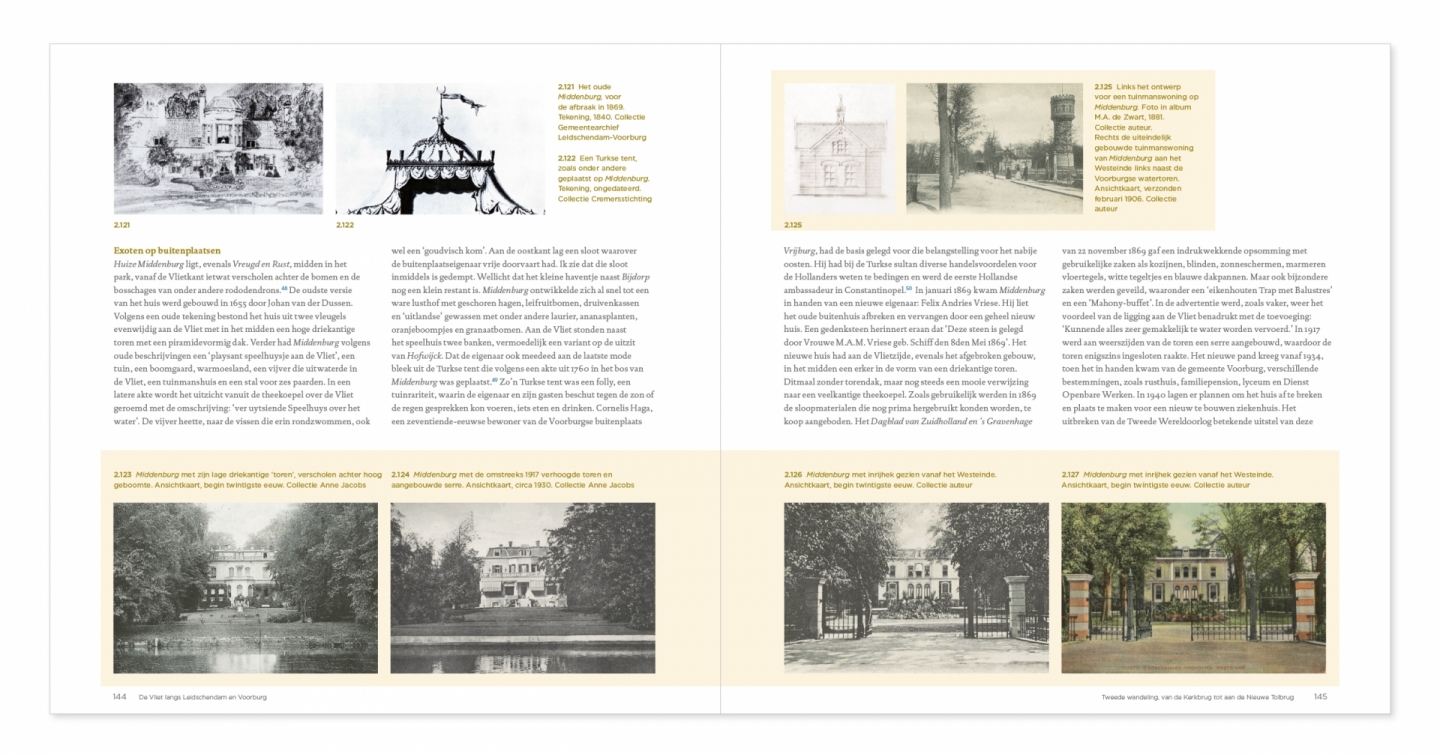